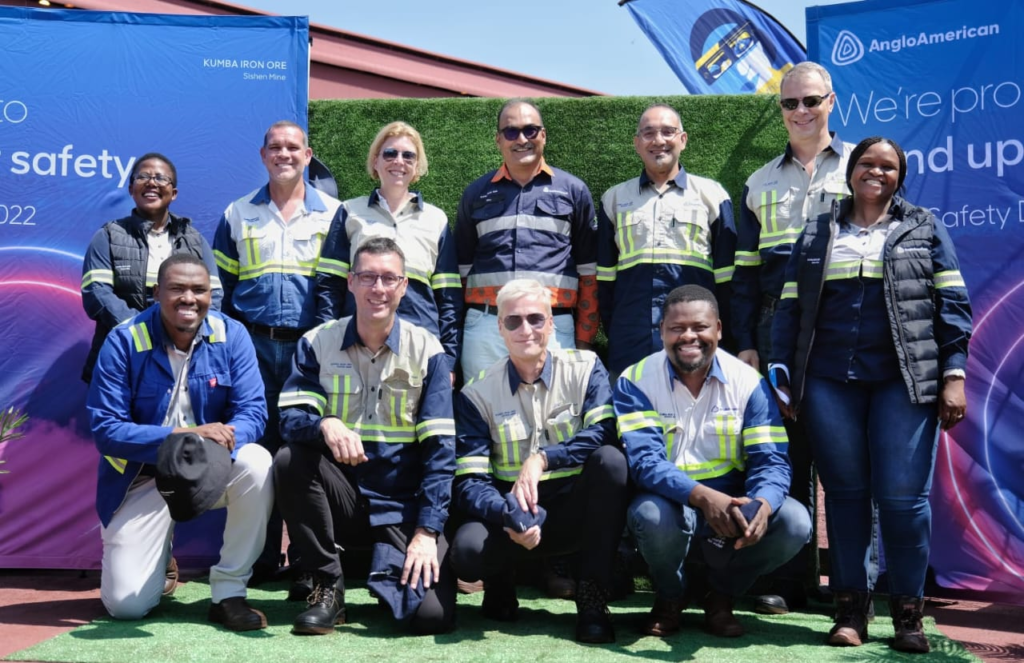 The globally active commodities group Anglo American and thyssenkrupp Steel have signed a memorandum of understanding to collaborate on developing new pathways for the decarbonisation of steelmaking. The collaboration will focus on joint research to accelerate the development of high-quality input stock for lower carbon steel production, using both conventional blast furnace and direct reduction iron.

Dr. Arnd Köfler, Chief Technology Officer of thyssenkrupp Steel: “We want to decarbonize the steel value chain inside and outside our plant boundaries. We are setting up our own production with low-CO2 emissions through a combination of direct reduction plants with innovative melters. In addition, we are working with many partners to make steel lower in CO2 across the board. We are therefore very pleased to be working with Anglo American to explore ways in which we can use high-grade iron ore in the production process in the best way possible for reducing emissions.”

As part of its tkH2Steel transformation concept, thyssenkrupp Steel has developed an innovative and technologically leading concept for decarbonizing steel production. The coal-based blast furnaces will be replaced by hydrogen-powered direct reduction equipment. The iron produced there, which will have been directly reduced with hydrogen, will be liquefied for the first time in downstream, specially developed melting units to produce high-quality hot metal. All subsequent production steps can take place in the existing plant structure, including the steel mills, thus enabling an efficient transformation. In the new plant concept, the entire premium product portfolio can thus be produced with low CO2 emissions without compromising on quality. tkH2Steel thus represents an efficient and exemplary path towards climate-friendly steel production. Recently thyssenkrupp released appropriate equity funds for the construction of the first direct reduction plant at the Duisburg site, laying the foundations for investments of more than two billion euros for the green transformation. The state government of North Rhine-Westphalia intends to fund the project with an amount in the mid three-digit millions. The first direct reduction plant in Duisburg is scheduled to come on stream in 2026.

Anglo American has adopted a holistic approach to address the challenges of climate change, building on the commitments set out in its 2018 Sustainable Mining Plan to decarbonise its operations, by shaping a long-term roadmap to reduce CO2 emissions across the entire steel value chain. This includes investing in climate-positive technologies and working closely with steelmakers to support their specific decarbonisation efforts.

Building on the series of environmental and other commitments set out in its 2018 Sustainable Mining Plan, Anglo American set out an ambition in 2021 to reduce its Scope 3 emissions by 50% by 2040, building on a pre-existing commitment to reach operational (i.e., Scope 1 and 2) carbon neutrality by the same year. With the majority of Anglo American’s Scope 3 emissions linked to materials – steelmaking coal and iron ore – sold into the steelmaking industry, the steel value chain is central to Anglo American’s decarbonisation efforts. Anglo American’s October 2021 Climate Change Report outlined an approach predicated across multiple levers, including developing high-quality products to feed into more efficient and less carbon-intensive production processes, driving efficiency and minimizing emissions, and working with customers to accelerate cross-industry action.

As part of this approach, Anglo American is taking a leadership role, joining forces with like-minded customers and others with similar ambitions for a lower carbon future. For example, Anglo American has signed agreements with a number of major steelmakers in Europe and Asia to collaborate on the decarbonization of the steelmaking industry. These collaborations provide a platform through which to research efficient feed materials suited to use in direct reduced iron (DRI) steelmaking, including iron ore pellets and lump iron ore. 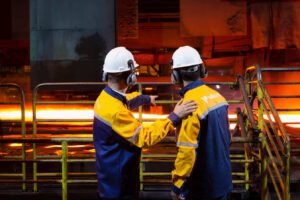 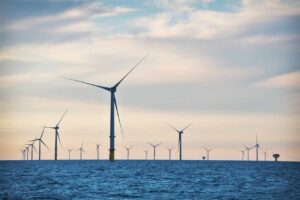 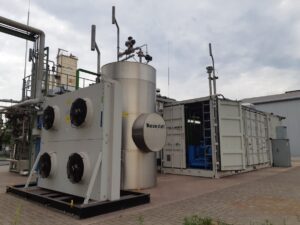 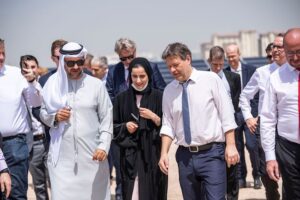